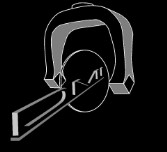 At the end of 1995, the design of the Libra III began, with the aim of encompassing both concepts of the Megamount, and the Libra II (which was a stabilised-only head), together into one piece of equipment.

In 1999 the design of the Mega III began afresh, incorporating all the learnings from the evolution of the Libra III. Over the years, the Mega III has built a strong reputation worldwide.

Since then, we have completed a multitude of design projects (not all listed here due to IP etc) stretching our technical know-how.